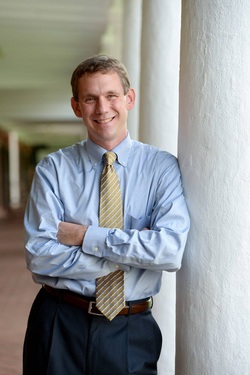 Robert ("Rob") R. Hagy, II Esq. is the owner and proprietor of the Law Offices of Rob Hagy, P.C. established in August, 2004 and located in Charlottesville, Virginia.  Mr. Hagy practices all aspects of Family and Divorce Law in the juvenile and circuit courts of the cities and counties constituting Central Virginia (Charlottesville, Albemarle, Greene, Nelson, Louisa, Fluvanna, Orange, and Buckingham).  He is also available to consult with other attorneys in other jurisdictions around the Commonwealth and to represent clients in other jurisdictions around the Commonwealth as well.

Mr. Hagy graduated from Richlands High School in 1989.  In 1993, Mr. Hagy graduated from the University with a B.A. in History and a minor in the Environmental Sciences. While at Virginia, Mr. Hagy was a member of and eventually president of Alpha Delta Phi Fraternity.  He completed his academic career as a member of the Phi Alpha Theta History Academic Honors Society and the Order of Omega.  He received his J.D. from George Mason University in 1996.  Mr. Hagy was a member of the George Mason Law Review where he served as a Notes Editor in 1996.

Mr. Hagy began practicing in Charlottesville, Virginia in 1998 and came to Fluvanna County in 2002 to practice.  He served as the Assistant Commonwealth's Attorney for Fluvanna County for two years from 2002 until 2004.